Talking About Problem = A Good Therapy

When we were kids, we were able to express ourselves. Our true self.
We expressed by talking, laughing, dancing, painting, running, giggling, playing, and so much more!
Expressing ourselves thru various mediums help us to maintain our emotional stability, and helps us to cope with the emotional distress in our daily life.
However, as we grew up, we were taught to keep it to ourselves. We were taught to ‘behave’, to ‘control’ our inner child, and to ‘grow up.’ Years by years, the emotional distress keeps bottling up in our mind.
Without much medium to express ourselves, the feeling of stress expressed themselves out through various ways such as shouting vulgar words, having mean faces, and worse, physical abuse. The cycle of stress.
In the western world, they are in the culture of TALKING. They practise the medium of talking as part of their therapy. Even from parents to the kids, they occasionally talk to each other, whenever there is a problem occur. They don’t keep it in themselves.
Have you ever watched a Hollywood film where there is a dialogue,
“Can I talk to you?”
Which usually spoken when there is a problem needs to be settled.
It is a different culture for Asian.
In Malaysia, we don’t believe in the process of talking as part of the solution. We are in the society where keeping it all inside ourselves is better, and sometimes, they were expressed out thru physical, such as back pain, headache, etc.
This is one of the reason why in Malaysia, the practice of therapy by counselling, in any field such as marriage/couple counselling, family counselling, individual counselling, were not really in demand.
We usually know the counsellors from our school or IPTs, but we rarely see them when we already grew up as an adult. We don’t believe in the concept of TALKING about the problem.
Whether this is a bad or good thing, I would personally say it is bad. We need to be open about this, and belief that TALKING is a good thing to let out any emotional distress.
Have you ever talked about your problem to a listening ear?
Feels really good to let it all out isn’t it? Without being judged, without being suggested a solution, but they were just there, to listen to you, attentively.
A wonderful book by Maureen Gaffney, Flourishing – How To Achieve A Deeper Sense of Well-Being, Meaning And Purpose – Even When Facing Adversity.
A very good write up from Mai S. Ishak in her Facebook about the difference in the culture of the West and the East.

Again, I would really recommend this ‘Dear Zindagi’ film to anyone who have not watched it yet.

WHY I Changed From Engineering To Psychology 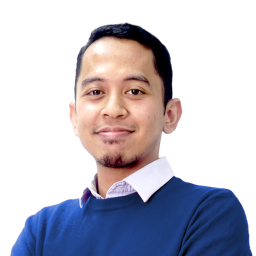